Super 30 doesn’t just talk about Anand Kumar. It’s the story about a system that has evolved to keep people where they are – to maintain balance, so to say. Today class is replacing caste to a great extent. While caste and class may be almost synonyms in rural areas, in the urban centres, economic divide overrides the caste equation. There are limited opportunities that can catapult an economically weak to the other side of the divide, getting into the prestigious IITs being one of them. Once a student emerges from the hallowed grounds of an IIT, his place in society is cemented. Where he came from then becomes irrelevant. Naturally, the haves want to keep the opportunity amongst themselves.

Anand Kumar, being the son of a humble postman understands the dynamics only too well. Unable to study at Cambridge because of lack of funds, he even joins the wielders of power for a while. However, all the wealth he earns can’t subdue his conscience and when he realizes he is himself turning into them, he takes radical action. He chooses thirty bright students who would not have succeeded  on their own and gives them a shot at success.

He ruffles many feathers in the process. Be it a common teacher who has hopped on to the to the coaching bandwagon or the politician, who is the muscle behind the education mafia, they are out for his blood, literally. How the man fights the odds to keep the initiative alive and makes the children succeed is the crux of the film.

Director Vikas Bahl has kept the glamour quotient low and rightly so. Anand Kumar inhabits a world where raw is beautiful, any polishing would have taken away the impact. Anand Kumar happens to be from Patna, but he could have been in any Indian city and it would not have made a difference to the story. The film does not focus so much on the place than on the people who inhabit the story. Hailing from Patna myself, I didn’t see much of the city, but could easily connect with the cultural flavor as portrayed in the film. The film nicely establishes the close bond the family shares – the affable father, quiet but resilient mother and a loyal brother.

This is perhaps the first film where Hrithik Roshan has been made to look “ordinary”. However, I do wish they had stayed away from the stereotype and gone easy on the tan and body paint for Hrithik. On his part Hrithik is earnest. He has worked hard to portray the mild mannered but determined Ananad Kumar. Also, it is refreshing to hear a Bihari character speaking Hindi in an accent that is not “Lalu-ized”.  Mrunal Thakur, too gets her act right. The film is supported by strong performances by the rest of the cast, especially Virendra Saxena, Aditya Shrivastava and of course the inimitable Pankaj Tripathi.

Though films take artistic liberties to make an interesting watch, the additional tracks here tend to make the film over-dramatic. The true story is so rich in content, it would have made a fine watch even without the embellishments. I was wondering what purpose Rajesh Sharma’s character served in the story. He never returns after his two scenes.  For all the shortcomings, this film is made from the heart. You root for Anand Kumar and his students, and cheer on when they transform from 30 to Super 30! 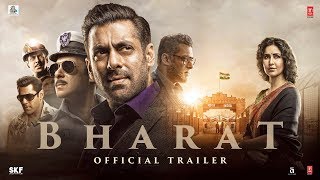